Campbell is an art historian, curator, and art critic who has worked with leading higher education institutions and museums for a decade. Campbell will be joining the Critical Studies faculty at the USC Roski School of Art and Design.

Campbell's scholarly and curatorial work explores the identity-based politics of sexuality, queerness, race, and feminism, addressing how these movements manifest themselves in visual culture.

His published work and research has covered such topics as the site-based sculptures of Beverly Buchanan, the value of teaching and historicizing the activist videos of the (ongoing) AIDS pandemic, and speculative/experimental writing concerning the relationship between sexual identity and community in the work of artists such as Ivan LOZANO, Leah DeVun, and Margaret Meehan.  He has curated exhibitions that specifically focus the outlines of queer lives and ethics, such as the recent mid-career survey of the work of Berlin-based artist Dean Sameshima entitled "Dean Sameshima: Public Sex" at She Works Flexible Gallery in Houston (2016), "Queering the Museum," at the Allen Memorial Art Museum, Oberlin College (2004), and "Substainability," a group show co-organized with Mary Mikel Stump, at Texas State University in 2011.

Campbell's art criticism and academic writing has been published in exhibition catalogs as well as Modern Painters,Terremoto, Artforum, Aperture, GLQ, and The Austin Chronicle.

Campbell holds a BA from Oberlin College, and a MA and PhD from the University of Texas at Austin. He has also been a critic-in-residence with the prestigious Core Program at the Museum of Fine Arts, Houston from 2014-16. 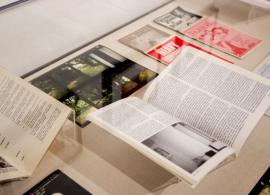