Professor of Practice
All Faculty 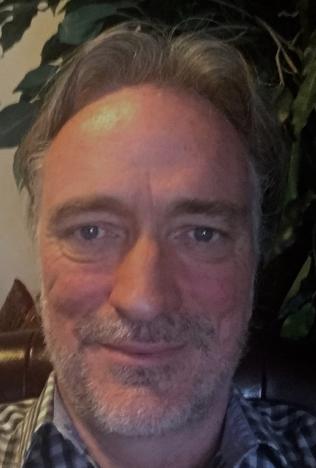 Brent Blair is a Professor of Practice who joined the USC faculty in 1994 and is the current head of the USC/SDA Theatre & Social Change program where he founded an MA in Applied Theatre Arts (2010-2014), and has created numerous undergraduate courses and a minor in Applied Theatre Arts focusing on the areas of therapy, education, and social change. He has designed community-based projects and professional development training programs in liberation arts both locally, nationally, and around the world. A designated Linklater voice teacher, he trained in Theatre of the Oppressed (TO) with the late Augusto Boal from 1996 until his death in 2009. A trained therapist, he gained his PhD in Depth and Community-based Psychology and began doing research using the tools of TO in post-traumatic settings. His writings and methodology known as The Museum of the Unspeakable has been used in Rwanda, Afghanistan, Iran, Spain, Mozambique, Senegal, South Africa, the Netherlands, and India. In 2013 he led an intensive Liberation Arts training workshop for widows and survivors of war in Kabul, Afghanistan, and in 2014 he co-created community-based projects exploring the role of Ukrainians during the Maidan uprising. He is on the board of the Jana Sanskriti International Research and Resource Institute in Kolkata, India, and has been training the Global Leadership Fellows of the World Economic Forum in Theatre of the Oppressed for the past nine years, and the Obama Foundation Fellows since 2018 through a collaboration with Columbia University. Founder of the USC Institute for Theatre and Social Change (itsc.usc.edu), he is currently engaged with local communities exploring artistic resistance in anti-democratic cultures and issues of social justice.