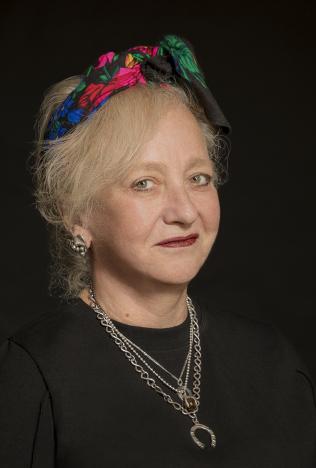 As a designer and creative director for the entertainment industry, she has designed film campaigns, home entertainment packaging, and newspaper ads, as well as outdoor elements for Cannes and various trade conventions. Her clients include major studios such as FOX, Disney, CBS, HBO, Sony, CW Network and Universal Pictures.

Ms. Wojciak has an extensive range of experience working on the studio and client side of advertising. As a Creative Director for prestigious advertising agencies such as Seiniger Advertising and Broyles and Associates as well as Creative Director for Cannon Films, A&M Records, The Walt Disney Company, and CBS Television. She has been presented with the BPME Silver Award, Art Direction for the original FOX television series 90210 and the Hollywood Key Art Award, Art Direction Who Framed Roger Rabbit, standee.

Ms. Wojciak is the recipient of the Best Newspaper Design Award for her contribution to the appearance of the L.A. Weekly for which she was Art Director.  She has also worked as Art Director for the Herald Examiner and was co-publisher of the avant-garde publication No Magazine in the late 70’s and early 80’s in Hollywood. The publication continues to be collected and displayed as a seminal part of Punk history, and Ms. Wojciak has done numerous talks and presentations nationally and internationally about the magazines cultural importance and unique hand construction. She is a regular participant and exhibitor at Printed Matter LA Art Book Fair and Paris Photo.

She is currently the Creative Director for her own agency. Projects include the launch of YES Press Inc., and publishing of the novel Sub-Hollywood, authored by Bruce Caen. Most recently she has been awarded the Benjamin Franklin Gold and Silver awards for Book Design for The Color of Courage: A Boy at War. She oversees all advertising and design for Aquila Polonica Publishing, a World War II, book publisher. In 2017 she published the book Darkness, Darkness, an artist book based on personal narrative. Ms. Wojciak also continues to curate and exhibit her work.

Ms. Wojciak is the Director of MFA Design & Associate Professor Of the Practice of Design at the USC Roski School of Art and Design. She is the recipient of the Visions and Voices 2008 and 2011 grant for: Shelf Life: A Big Day For Small Press. In 2020 She was awarded the Artistic Achievement Award by USC.