Joy Harjo will read poems from her expansive oeuvre, including from her highly acclaimed collection, An American Sunrise, and discuss themes of “Sings of Freedom,” including Indigenous struggle, resistance, and joy. A conversation and Q&A with USC faculty and graduate students will follow. A conversation and Q&A led by USC Professor Chris Finley with Master of Urban Planning/M.A. Art and Curatorial Practices in the Public Sphere Candidate Tracy Fenix will follow.

12 pm – 1 pm: HYBRID VIRTUAL PRESENTATION of Uroborus vs. Trump’s Wall by Guillermo Gómez-Peña
Attendees will collectively listen to excerpts from Guillermo Gómez-Peña’s anthology of recordings from 1978 to 2018, including sound poems, audio art, performance, border poetry, and weird songs performed against Trump’s imaginary border wall. In the absence of Gómez-Peña, attendees will also watch a video the artist selected for this event. A conversation and Q&A led by USC Professor Josh Kun (joshkun.com) will follow.

2 pm – 3 pm: MULTIMEDIA PERFORMANCE/SCREENING of Boney Manilli by Edgar Arceneaux
A conversation and Q&A with USC Professor Sarah Kessler will follow.
Edgar Arceneaux will present a multimedia screening and live performance drawn from Boney Manilli, a project exploring 1990s pop duo Milli Vanilli, their public shaming for lip syncing, and how their ridicule, spectacularized through the performers’ long, braided hair and dark skin, resonates in contemporary sociocultural and political spheres. A conversation and Q&A with USC faculty and graduate students will follow.

4:30 pm – 5:30 pm: PERFORMANCE by Xina Xurner (Young Joon Kwak and Marvin Astorga)
Kwak and Astorga will combine power electronics, mutated vocals, and DIY drag to expand ideas about queer and trans bodies in an in-person performance by Xina Xurner, a collaboration aimed at fostering connections between femme and POC communities.

5:30 pm – 6:30 pm: RECEPTION AND DANCE PARTY
“Live Artists Live: Sings of Freedom” will culminate in a dance party featuring a playlist by madison moore, and a reception for visiting guests, USC faculty, students and all participants and guests with refreshments and conversation.

BIOS:
Los Angeles–based artist Edgar Arceneaux is a professor at the USC Roski School of Art and Design who constructs drawings, installations, video, and film works as complex arrangements of association that examine adjacencies and points of contact between implausible relations. Constantly working in new modes, Arceneaux received the prestigious Mike Kelley Foundation Award in 2019 and the COLA Individual Artist Fellowship in 2020. Solo exhibitions have been presented at the Vera List Center at MIT in Cambridge, Massachusetts; the Hammer Museum in Los Angeles; the Studio Museum in Harlem; and Museum für Gegenwartskunst in Basel, Switzerland. His work is in collections at the Whitney; MoMA in New York City; Carnegie Museum; Museum Ludwig in Köln, Germany; the Hammer Museum; and LACMA. Recognized as a national leader in the arts, Arceneaux also serves on the board of directors at Creative Capital.

Daphne A. Brooks is William R. Kenan, Jr. Professor of African American Studies, American Studies, Women’s, Gender, and Sexuality Studies, and Music at Yale University. She is the author of Bodies in Dissent: Spectacular Performances of Race and Freedom, 1850-1910 and Liner Notes for the Revolution: The Intellectual Life of Black Feminist Sound. Brooks has authored numerous articles on race, gender, performance, and popular music culture, and is also the author of the liner notes for The Complete Tammi Terrell and Take a Look: Aretha Franklin Complete on Columbia, each of which has won the ASCAP Deems Taylor Award for outstanding music writing. Her liner notes essay for Prince’s Sign O’ The Times deluxe box set was published in fall 2020. Brooks is currently editing an anthology of essays culled from “Blackstar Rising & The Purple Reign: Celebrating the Legacies of David Bowie and Prince,” an international three-day conference and concert which she curated.

Guillermo Gómez-Peña is a performance artist, writer, activist, radical pedagogue, and artistic director of the performance troupe La Pocha Nostra. Born in Mexico City, he moved to the U.S. in 1978 and his three homes have been San Francisco, Mexico City, and “the road” since 1995. His performance work and 21 books have contributed to the debates on cultural, generational, and gender diversity, border culture, and North-South relations, and his artwork has been presented at over 1,000 venues around the globe. A MacArthur Fellow, USA Artists Fellow, and a Bessie, Guggenheim, and American Book Award recipient, Gómez-Peña is currently a patron for the London-based Live Art Development Agency and a senior fellow in the Hemispheric Institute of Performance and Politics.

In 2019, Joy Harjo was appointed the 23rd United States Poet Laureate, the first Native American to hold the position and only the second person to serve three terms in the role. Harjo’s nine books of poetry include An American Sunrise, Conflict Resolution for Holy Beings, How We Became Human: New and Selected Poems, and She Had Some Horses. She is also the author of two memoirs, Crazy Brave and Poet Warrior. Her many writing awards include the 2019 Jackson Prize from Poets & Writers, the Ruth Lilly Prize from the Poetry Foundation, the 2015 Wallace Stevens Award from the Academy of American Poets, and the William Carlos Williams Award from the Poetry Society of America. She is a chancellor of the Academy of American Poets, Board of Directors Chair of the Native Arts & Cultures Foundation, and artist-in-residence for the Bob Dylan Center.

madison moore is an artist, scholar, DJ, and professor of critical studies at the USC Roski School of Art and Design. They are broadly invested in the aesthetic, sonic, and spatial strategies queer and trans people of color use to both survive and thrive in the face of rolling catastrophe. Their first book, Fabulous: The Rise of the Beautiful Eccentric, offers a cultural analysis of fabulousness as a practice of resistance. Expanding beyond their academic work, moore has also performed internationally at a broad range of art institutions, nightclubs, and parties, including the Perth Festival, Performance Space Sydney, the Portland Institute for Contemporary Art, American Realness, Somerset House Studios London, Tate Britain, the Philadelphia Museum of Art, and warehouses deep in Brooklyn. In Summer 2022, they will be the inaugural scholar-in-residence at the Fire Island Artist Residency.

Xina Xurner is an experimental music and performance collaboration between Marvin Astorga and Young Joon Kwak, whose cathartic performances combine DIY and power electronics, mutated vocals, and bad drag to expand ideas about queer and trans bodies. Their music combines a variety of genres including happy hardcore, industrial, drone metal, and techno-opera to create “sadical” and “sexperimental” noise-diva-dance anthems that evoke a sense of death, decay, and transformation. Xina Xurner released their debut album, DIE, in 2012; their follow-up, Queens of the Night, was released in 2018. Past performance spaces and events include sCum, The Smell, the Hammer Museum, Cool World, Mustache Mondays, LACE, Smart Museum of Art (Chicago), Bath Salts (NYC), and Bitchpork (Chicago), as well as international performances in Paris, Tokyo, Seoul, Bogotá, and Mexico City.

Presented by USC Visions and Voices. Organized by the USC Roski School of Art and Design. 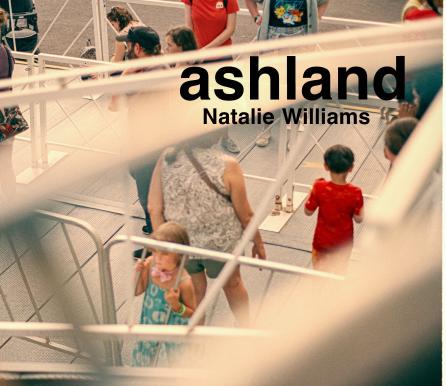 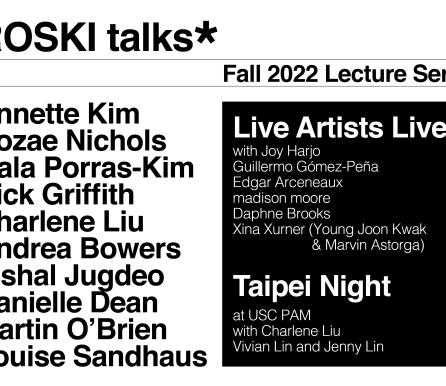 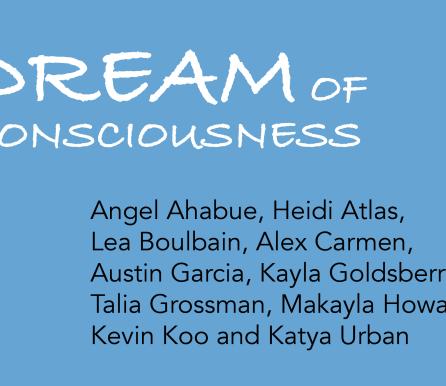 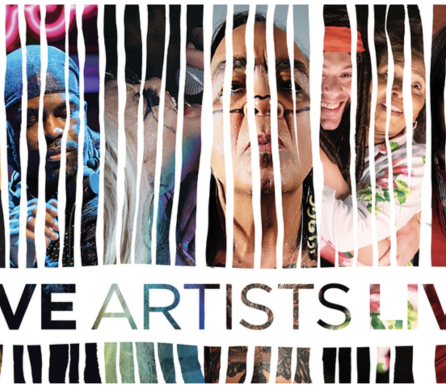