The USC Roski School of Art and Design announced the hiring of four new faculty members who will teach in the critical studies, sculpture, and design disciplines at the institution. Each new hire brings extensive experience in diverse professional practices as well as years of teaching in higher education.

“With the arrival of these educators—all with prominent contributions to the art and design fields—Roski continues to be a force in the arts and education,” stated USC Roski Dean Haven Lin-Kirk. “As artists, designers, and curators, Jason Ellenburg, Karen Moss, Ruben Ochoa and Brian O’Connell all subscribe to a pedagogy that advances art and design as an essential component to bettering society through creative thought and actions. Our students will no doubt benefit greatly from their mentorship.”

Ellenburg is a visual artist and art director who has worked in the creative industry of Los Angeles for more than 20 years. He served as L.A. Weekly art director from 2008-2012, while also contributing stories for the publication’s Arts and Culture section. His latest professional position was as art director at the University of New Orleans Marketing and Public Relations department. He has taught 3D and graphic design at the University of Oregon, the Art Institute Hollywood, and was Graphic Design instructor at Los Angeles City College prior to his appointment at USC Roski.

KAREN MOSS, Curator, Scholar, Educator
Director of USC Roski MA Curatorial Program
Professor of Teaching, Critical Studies
Dr. Karen Moss is the new director of the Master of Arts in Curatorial Practices and the Public Sphere. Moss has taught at Roski for many years and last year served as Acting Vice Dean for Critical Studies. In her new position, Moss will direct the MA Curatorial Program (including advising, curriculum, and public programs) as well as teach courses in curatorial practice and critical studies.

Currently, Moss is curating a retrospective of Alison Knowles, the last living core member of Fluxus, which will tour in the US and Europe. She is consulting curator for Talking to Action: Art, Pedagogy and Activism (2017-18), part of Pacific Standard Time Los Angeles/Latin America (PST LA/LA), an initiative of the Getty Foundation, now touring nationally. Moss co-curated State of Mind: New Art from California Circa 1970 for the Getty’s Pacific Standard Time Los Angeles (PST LA) initiative, which toured in the US and Canada from 2010 to 2013. She has also curated recent public projects with artists Mel Chin, Kori Newkirk, and Rirkrit Tiranvanija for CURRENT: the LA Public Art Biennial (2016), and with Lucy and Jorge Orta at Otis College of Art and Design (2014). Moss has a BA in studio art and art history from University of Santa Cruz, received her MA and PhD in art history at USC, and attended the Whitney Independent Study Program.

RUBEN OCHOA, Artist and Educator
Associate Professor of Practice
Beginning this fall, Ruben Ochoa is an Associate Professor of Practice, Art, within the Roski sculpture department. Ochoa’s interdisciplinary practice includes sculpture, site-specific installations, photography, drawing, and public intervention. His work touches upon the urban surrounding of the city, the tension between social classes, urban architecture, and nature. Often produced with material forms associated with construction, Ochoa’s works expose the ideological and broader sociopolitical and economic relationships that facilitate and assemble the spaces we inhabit and move through are assembled.

BRIAN O’CONNELL, Artist, Educator
Assistant Professor of Teaching, Design
Born in Leuven, Belgium, Brian O’Connell is a multidisciplinary artist who works in technologies both old and new. Educated at Columbia University (BA) and California Institute of the Arts (MFA), he was a Fulbright Scholar at the Institute for Media Studies at the University of Siegen, Germany (1995–96).

Brian has exhibited institutionally and in galleries throughout the United States and abroad. His public projects include a semi-permanent installation at the Central Library in Leuven, Belgium; a 13-foot concrete boat produced on the beach in Malibu, California; and a 30-foot concrete hull cast from an abandoned fishing boat in Istanbul, Turkey. Brian has been included in the Hammer Museum’s 2014 Biennial, Made in L.A., and MoMA PS1’s 2010 Greater New York.
In 2016, Brian and Deirdre O’Dwyer founded Rakish Light, an experimental press that produces and publishes offset print projects and collaborations among artists, writers, and thinkers using refurbished small scale commercial presses. 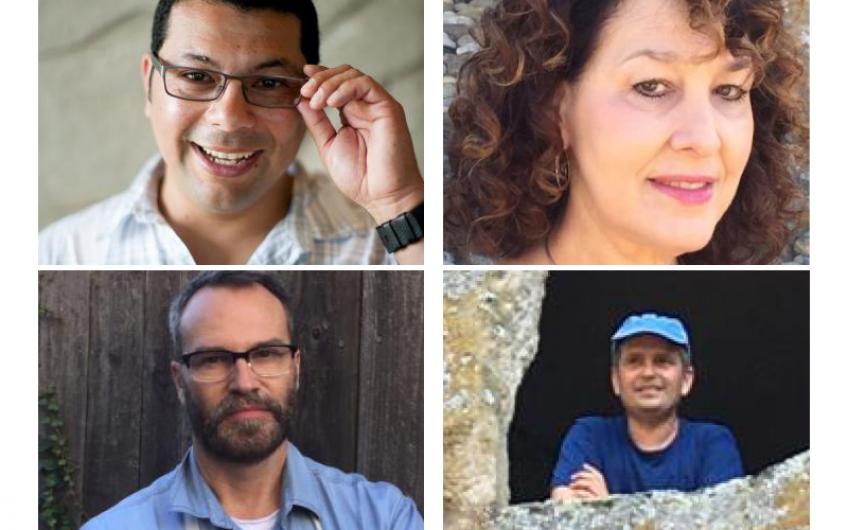 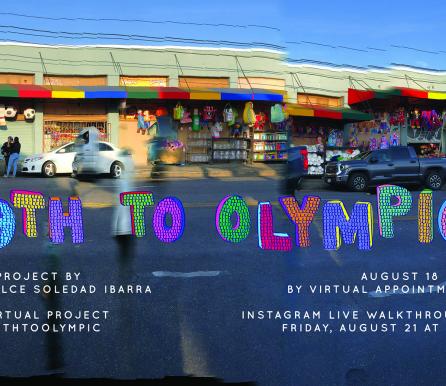