USC Roski artist documents the terror of a hunted people

Before Yrneh Gabon Brown graduated with honors two months ago from the USC Roski School of Fine Arts, he traveled to Tanzania, Africa. What Brown found there left him unsettled to his core.

Thanks to a McNair Scholars grant, Brown had done research at USC on Tanzanians with albinism, a condition that strikes about one in 3,000 in that country.

Compelled to visit the country in person, Brown sold artwork and organized fundraising events to finance a six-week trip to the African country last summer. During his visit, Brown produced Visibly Invisible, a six-minute film in which he interviewed albinos, including a member of parliament who adopted two daughters with albinism, one who had a leg and some fingers hacked off by marauders.

Several people in the film placed the blame on witch doctors for encouraging the practice and selling of body parts. Witch doctors use skin, blood and hair in potions that promote luck and wealth. As one example, Brown said that many fishermen believe that if they weave the hair of people with albinism in their nets, they will have bigger catches.

Before his visit, Brown loaded images on his laptop of different species that exhibit albinism — plants, crabs, alligators, snakes — and discovered that this information was new to people accustomed to getting information from an oral tradition. They believed albinos were ghosts, and they did not realize the condition was also found in other mammals and plants.

“It’s similar to Jamaica, where I am from, where in some places there is still belief in vampires,” Brown said. “You are dealing with a thought process that is totally different. You can observe the worst things and are told, ‘This is our culture. This is how it is here.’ ”

Just a short distance from the city of Dar es Salaam, he visited towns with dirt roads, mud houses and no streetlights. Residents use cellphones to light their paths at night, and those with albinism, who hide from the harsh sun during the day, also hide from the night becasue that’s when the killings take place, according to Brown.

“Fusion with modern society is happening but not fast enough to protect these people,” he said. “The fear is still there with them that tomorrow may be their last day.”

In Africa, Brown kept in touch via Skype and online communications with USC mentors Jud Fine, Brian Olson and Karen Koblitz of USC Roski and Steven Ross of the USC Dornsife College of Letters, Arts and Sciences, as well as University of California, Los Angeles Professor Paul Von Blum, who also teaches at USC.

After returning to Los Angeles, Brown presented his film, a research paper and abstract at conferences at USC and Claremont Graduate University.

Here he became more determined to use his artistic talent to dramatize the horror and discrimination faced by those with albinism, and he was resolute in his desire to return to Tanzania to help improve their situation.

Brown, 45, was an unusual undergraduate student in several respects. There was his age, for one. Before attending USC, he had successful careers as a model, singer and actor. In addition, there was his strength across many artistic disciplines. He produced high-quality work in bronze and metal sculptures, painting, ceramics, video, collage and assemblages. After his trip to Tanzania, nearly all of his work spoke to the dangers and ignorance surrounding those with albinism.

USC Roski encourages an interdisciplinary approach to making art, said Dean Erica Muhl, and the school does not require undergraduates to choose majors.

“What is unusual is Yrneh’s aptitude in each of the mediums that he works,” she said. “He’s able to translate his critical eye into many art forms and produce staggeringly powerful work.”

USC Roski ceramics area head Koblitz, who taught Brown in two advanced classes and sponsored him for an undergraduate innovation award, said he came into the classroom as “a really mature person whom the students respected and looked up to.”

He helped in the sculpture yard and aided others with technical problems, she said.

“He worked on a graduate level, really, and his passion for those who are not assimilated in Africa entered all of his artwork.”

During his years at USC Roski, Brown created a wide array of art, and he had two pieces chosen for a group show at the California African-American Museum. Actress CCH Pounder, whose credits include Avatar and The Shield, held a fundraiser at her Los Angeles home for his Endangered White project, and USC students from various schools helped organize it.

In January, he held a “postgraduate open house” at his home studio, where he displayed 54 works of art. He sold some of the art to help continue his research, which included a trip to Jamaica to interview a famed reggae and dancehall deejay with albinism, Winston Foster, who is also known as Yellowman.

Brown hopes that his additional time out of the country doing research will help him qualify for a USC Global or Discovery scholarship this spring.

His ultimate goal is to return to Tanzania with a videographer and a researcher to spend three months working on a wider-ranging film on albinism, a project that would cost in the range of $150,000 to $200,000.

He would also like to continue working with lawmakers, officials at the University of Dodoma and a small medical team headed by a doctor and the member of parliament he met on his 2012 trip.

Koblitz said she hopes that Brown will be successful in applying for other research help or consider graduate school. “He’s an extraordinary man in his pursuit,” she said. “He puts a lot of thought into his work, and this is really something he wants to see through.” 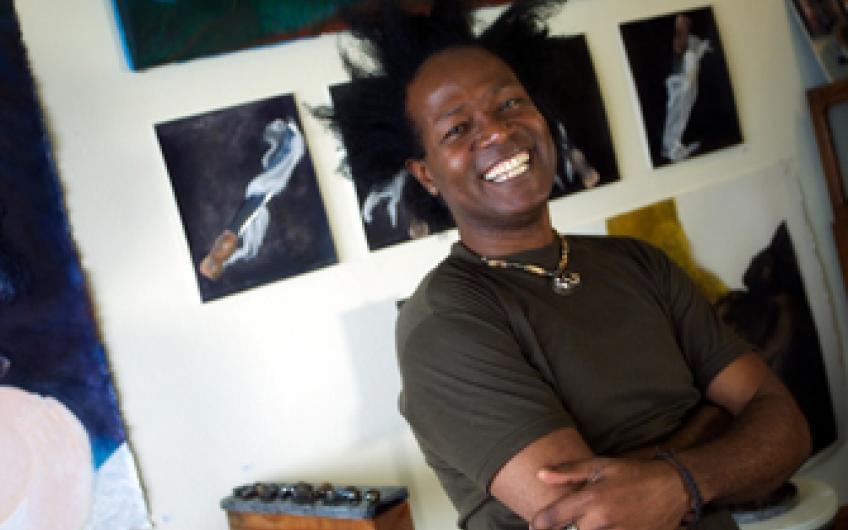