Artist, organizer, educator, and popular public speaker, Patrisse Cullors, is a Los Angeles native and Co-Founder of the Black Lives Matter Global Network and Founder of grassroots Los Angeles based organization Dignity and Power Now. She is also a senior fellow at MomsRising - where she focuses on ending Maternal Mortality and Morbidity.

In 2013, Patrisse co-founded the global movement with the viral twitter hashtag #BlackLivesMatter which has since grown to an international organization with dozens of chapters around the world fighting anti-Black racism. In January 2016 Patrisse Cullors published her memoir, “When They Call You a Terrorist: A Black Lives Matter Memoir.” Her memoir became an instant New York Times Bestseller.

Patrisse is a 2019 alum of the Roski School of Art and Design at the University of Southern California. 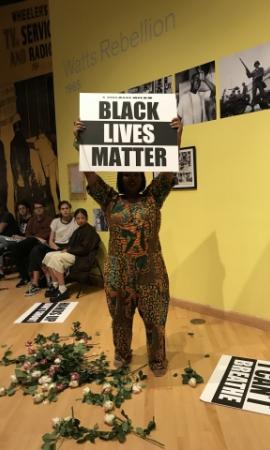 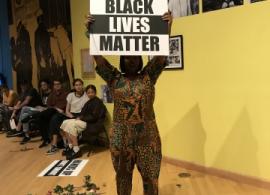