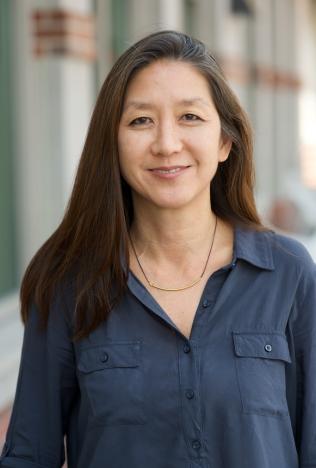 Lin-Kirk has been involved in design education for more than 20 years. In addition to being the dean of USC Roski and on the faculty at the school, she frequently lectures and conducts workshops at a number of Southern California organizations including Scripps College, Loyola Marymount University, University of California, Los Angeles, Architecture + Design Museum, and Otis College of Art and Design, among others. Professionally, she is an award-winning designer with a list of clients includes the Los Angeles Times, Claim Jumpers, Marie Callender’s Restaurant & Bakery, Pennzoil, Quark Xpress, Adobe, NASCAR, Random House E-books, and Toyota Motor Corporation.

Lin-Kirk is also an accomplished artist, having had exhibitions at the Brewery Arts Complex, PØST Gallery; and Luckman Fine Arts Complex at California State University, in Los Angeles; Ruth Bachofner Gallery in Santa Monica; the Peggy Phelps Gallery and East Gallery at Claremont Graduate University; and Otak Gallery in Dubrovnik, Croatia; among others.

Born in Taipei, Taiwan, of Chinese descent, Haven Lin-Kirk moved to Montreal, Canada, and subsequently to the United States as a young child. She earned an MFA at Claremont Graduate University and a BA at California State University of Fullerton, California. She has received a National Endowment for the Arts Access to Artistic Arts Excellence (with USC Roski Design students and Ryman Arts, LA), received eight Maggie Awards for excellence in layout and publication design, and was recognized by the Los Angeles’ Mayor’s Office as one of the Asian and Pacific Islander American Heritage Month’s artists.